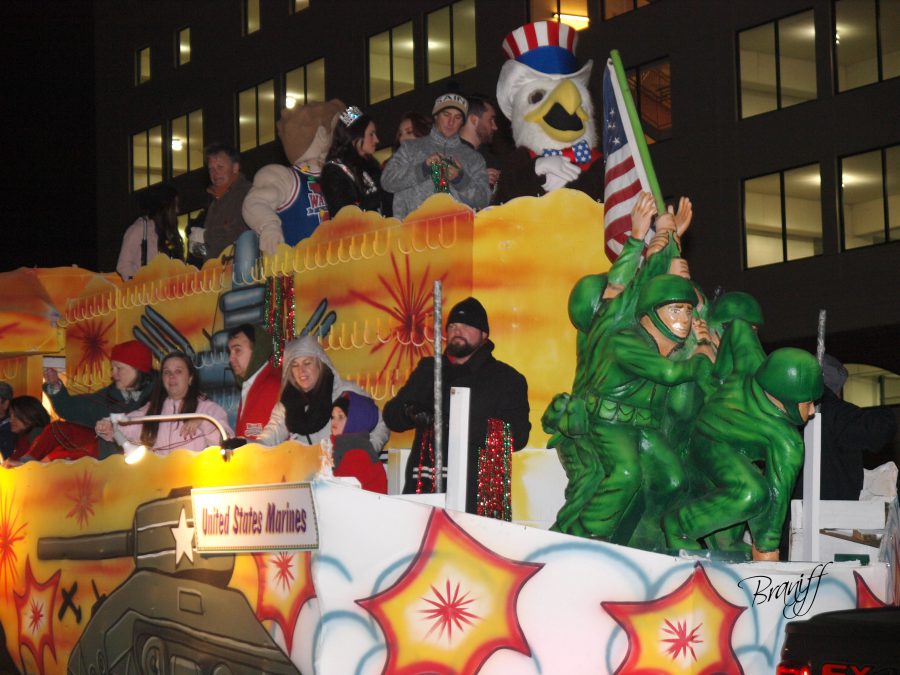 The Walk-On’s Independence Bowl Mardi Gras Preview Parade is set for Wednesday, December 26 at 6:00 p.m. and will feature more floats and positions than ever before.

The Grand Marshal of the parade will be world-renowned Chef John Folse, who will be riding in the pot in which he will cook the World’s Largest Pot of Gumbo. Also riding in the parade will be Walk-On’s Bistreaux & Bar founder Brandon Landry, Wally the Walk-On, Lieutenant Governor Billy Nungesser, ESPN talent, Independence Bowl Foundation Chairman Trey Giglio, the Captain of Captains Tracy Herrin, and members of the Fisher House Foundation. The participating Krewes will be Krewe of Gemini, Krewe of Highland, Krewe of Atlas, Krewe of Excellence, Krewe of Sobek, Krewe of Elders, Krewe of Nemesis-Webster, and Krewe of des Ambassadeurs.

The Mardi Gras Preview Parade will start at the Louisiana Boardwalk Outlets, turn at Bass Pro Shops and cross the Texas Street Bridge into downtown Shreveport. It will then continue down Texas Street and turn right at Louisiana Avenue. The parade will turn right at Fannin Street before ending in the Red River District. The parade will be viewable from many of the 10 locations on the Pub Crawl, which kicks off the Rally on the Ted at 5:00 p.m.

Riders will offload in the Red River District, while the two marching bands will line both sides under the Texas Street Bridge for the Pep Rally and Battle of the Bands. The Block Party, featuring a free concert from up-and-coming country band Parish County Line, will conclude the Rally on the Red Festivities on December 26.

The 43rd edition of the Walk-On’s Independence Bowl will be played on Thursday, December 27 at 12:30 p.m. between the Temple Owls and Duke Blue Devils. Tickets are on sale at WalkOnsIndependenceBowl.com or by calling the bowl office toll free at (888) 414-BOWL.